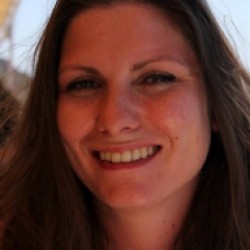 Who is not familiar with the famous Pringles slogan ‘One you pop, you can’t stop’. The focus of my PhD project is exactly about this common belief that you ‘think’ you cannot (or can) stop eating when eating something good. How can such belief influence eating behavior? Furthermore, we are especially interested what the consequences of this belief could be for your biological mechanisms.

The goal of my project is to examine the influence of such cognitive factors, or mindsets, on biological mechanisms and eating behavior. To answer this question, an interdisciplinary approach is used, where the fields of neuroscience, psychology, human biology and neuro-economics all comes together. A mindset could be defined as the beliefs, assumptions, thoughts and expectations someone has. The mindsets where we are interested in are the feeling of control or loss-of-control over food intake. The biological mechanisms are neural correlations and the hormonal regulation. Neural correlations will be measured using functional MRI (fMRI), where the regions of interests are cognitive control and reward-related brain areas. To examine the hormonal regulation, the gut hormones GLP-1 and ghrelin (associated with hunger and satiety), will be determined from blood samples. Furthermore, we are also interested in the effect of a mindset on actual food intake. In short, expected is that a specific mindset could regulate the gut-brain interaction and, thereby, eating behavior. Additionally, it is planned to also examine the influence of marketing and consumer behavior on these mechanisms at the end of my project.

Before I started to work as a PhD (since January, 2015), I finished the bachelor Beta-Gamma with major Psychobiology and research master Neurobiology at the University of Amsterdam. During my research master I completed two long internships in which I gained experience in functional and anatomical MRI research.

An up to date list can be found here.