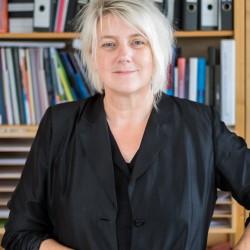 The most important chracteristics of the eating disorder bulimia nervosa comprise a chaotic eating pattern, compensatory behaviour, and irrational ideas concerning body, appearance and weight. Bulimia patients usually have a normal weight, which separates them from anorexia patients, but just like anorexia patients they are convinced that they are too fat and too heavy. Like anorexia patients, bulimia patients strive to lose weight but their strict dieting is regularly interrupted by eating binges in which they will eat objectively large amounts of food and hence their eating pattern is termed chaotic. Typically, the bulimia patient will experience loss of control during such an eating binge. To compensate for the excess energy intake during the preceding eating binge, the bulimia patient shows purging behaviour (e.g., self-induced vomiting, or the misuse of laxatives and diuretics), or will resort to a period of fasting or intense physical exercise.

Dieting is associated with eating binges. The majority of bulimia patients indicate to have started dieting before developing binge eating. Therefore, many researchers advice against excessive dieting, arguing that this causes one to binge and may promote the development of an eating disorder such as bulimia nervosa. Presumably, dieting may cause one to weigh less than one’s natural body weight (also termed setpoint weight), to which the body responds by promoting eating binges. This sounds plausible, but although the correlation between dieting and eating binges can indicate a causal relation one cannot really tell what causes what. It is conceivable that a tendency to overeat promotes dieting, or even that a third yet undiscovered factor causes both dieting and eating binges.

The exact causes of bulimia nervosa are still unknown. Nonetheless, bulimia nervosa can be treated effectively. Psychotherapeutic interventions aiming at normalizing eating behaviour and challenging irrational cognitions (as in cognitive behavioural therapy) appear to be successful in most cases. Research shows that cognitive behavioural treatment will teach the patient to eat normally and that it strongly reduces eating binges and purging. Furthermore, after treatment, most patients have less irrational cognitions concerning their appearance, weight and shape.